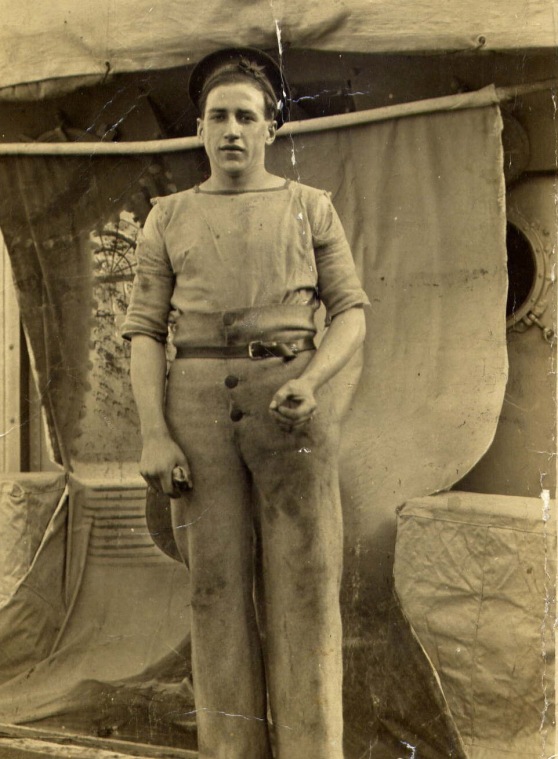 With all the excitement over the Green Plaque at Hazelhurst Road, the Summerstown182 have taken a little bit of a backseat in the last few weeks. Yet we are now entering a period of time one hundred years ago, when the effects of the War would really start hitting home. The sinking of The Lusitania precipitated a wave of anti-German sentiment and the first attack on Peter Jung’s bakery at Tooting Broadway. Recruitment on the streets of Summerstown went into overdrive, with Mr and Mrs Mellhuish and Mayor Archibald Dawnay piling on the pressure to anyone not in uniform. The grim reality of war was also starting to dawn with horrific tales of gas attacks at the 2nd Battle of Ypres in April. The last week of May saw terrible local losses at the Battle of Festubert. Here the Sunday School Three and the 23rd London Regiment from Clapham Junction went into action and one of them, William Mace from Huntspill Street lost his life. The following month the ‘Fallen of the 23rd’ filled the columns of the South Western Star newspaper. We were lucky to be given a photo of Wiliam Mace which always gets an airing outside his house on our walks. Photos of the Summerstown182 are still hard to come by. Eighteen months into this four year project, we only have pictures of 22 of them. How bizarre then to recently come across photos of one individual provided by two different sources who possibly were unaware of each other’s existence. Thanks to Mike and Iain we now have a very clear impression of ‘Acting Leading Stoker’Arthur Frederick Preston, yet another inhabitant of Hazelhurst Road. His house at No5 could hardly be nearer St Mary’s Church, just a quick hop across Wimbledon Road. Its long-gone of course and in its place, Newbridge Court dates from the sixties. 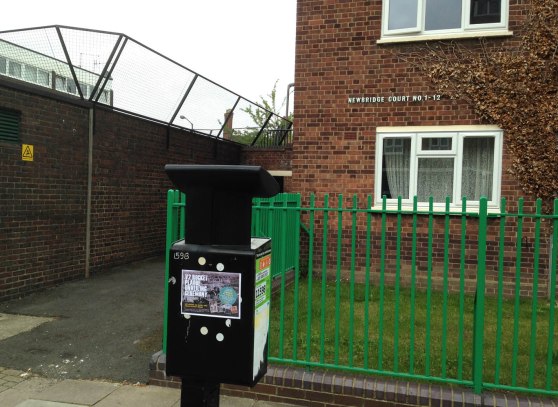 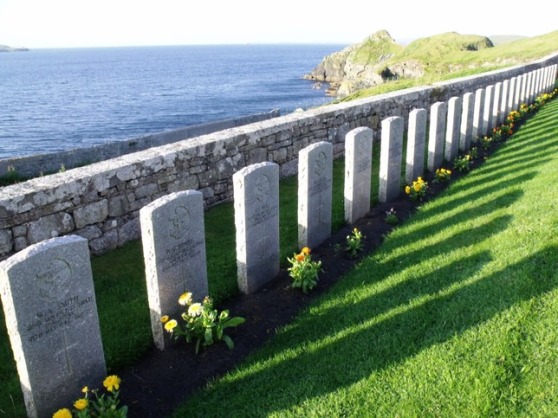 Arthur’s final resting place is a long way from home, in a northerly outpost, New Lerwick Cemetery on the Shetland Islands. Lerwick’s old cemetery, set into the cliffs with stunning views across the Bressay Sound, must be one of the most scenic resting places of any of the Summerstown182. And he has no need to feel lonely, for just a little bit further south, the name of Henry Briggs from Garratt Green, the sick-berth attendant who lost his life on HMS Barham in the Battle of Jutland is on a memorial on the Island of Hoy in the Orkneys.

Arthur was born on 10th November 1894 in Balham, the son of William Henry Preston a builder’s labourer and his wife Emma. They were both from Devon, but by 1901 the family were living at 18 Rookstone Road, in the heart of Tooting. He was the youngest of five with three sisters; Beatrice, Emily and Ada and one brother William. By 1911 they had shifted up Garratt Lane to Hazelhurst Road and Arthur was working as a Pawnbroker’s Assistant, a vocation that was credited with giving our other William Mace his TB. Emily and Ada both worked as ironers in one of the area’s many laundries. Emily Jane Preston married a soldier called James William Bryan in 1913. He was killed in Belgium on 4th October, just 13 days later Arthur, aged 24 was drowned on HMS Strongbow. She married again, to Thomas South Benjamin in 1920 and lived at 86 Acre Road, Colliers Wood. A husband and a brother lost in less than a fortnight, Emily was yet another woman left to carry the scars of the First World War for the rest of her life. Mike Bakker who provided one of the photos of Arthur is her grandson. 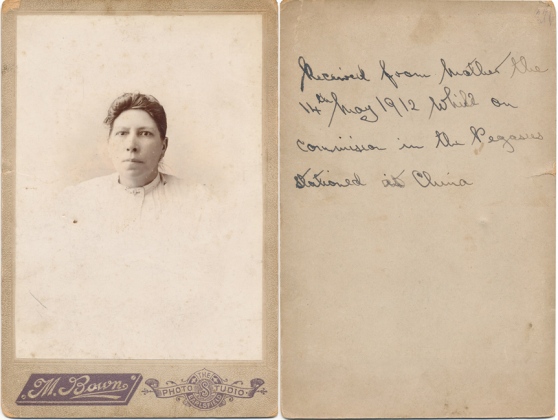 In 1911 Arthur joined the Navy, knocking two years off his age in the process. He served on The Hawke, The Pegasus, The St George and The Wallington before joining the newly-launched HMS Strongbow in November 1916. Whilst on The Pegasus he must have received a postcard from his Mother with her photo on it. On the back is written ‘Received from Mother the 14th of May 1912 whilst on commission in the Pegasus stationed at China’. He was just seventeen at the time and seeing places a long way from Garratt Lane. The photograph was taken by an M.Bown in Earlsfield. HMS Strongbow was one of eight destroyers detached to Lerwick in the Shetland Islands, whose job was to escort the convoys from Scandanavia to Britain. On the 16th October 1917, along with The Mary Rose and two naval trawlers she joined a westbound contingent of twelve merchant ships carrying coal from Norway, Denmark and Sweden. At about 6am the following morning, seventy miles east of Lerwick they were engaged by two German light cruisers. At first they mistook these for British vessels, which the German boats had deliberately been rigged up to resemble. By the time they realised they were in the presence of the enemy it was too late. Strongbow was quickly immobilised and the surviving crew were ordered to abandon ship. The Mary Rose and nine of the merchant ships were sunk. HMS Strongbow went down at 930am and forty six of her crew were killed in the attack including Acting Leading Stoker Arthur Preston. Reports suggest that many of the hands below were scalded to death in the initial bombardment, when a shell burst in the main engine room. Though badly injured by a shell, Captain Edward Brooke ensured that any confidential paperwork was destroyed before the ship passed into enemy hands. Altogether about 250 lives were lost in the attack, many of the survivors making it to the Norwegian coast near Bergen. Lt Commander Brooke died of pneumonia a year later. The sinking of nine neutral Scandanavian vessels and allegations that fire was opened on Strongbow’s surviviors caused outrage.

The Last Flight of HMS Strongbow was painted by Montague Dawson and depicts the action in which Arthur Preston from Hazelhurst Road was killed. We are very grateful to Mike Bakker and Iain Storey for sharing information about him and providing the photographs. The dedicated website below provides details of HMS Strongbow and the circumstances surrounding the events of 17th October 1917.

Postscript, March 2018: Last year, On the centenary of his death, another relative, Richard Benjamin visited Arthur’s grave in New Lerwick Cemetery. Possibly the first member of the family to do so. He very kindly got in touch and provided the two photographs which appear at the top of this page.