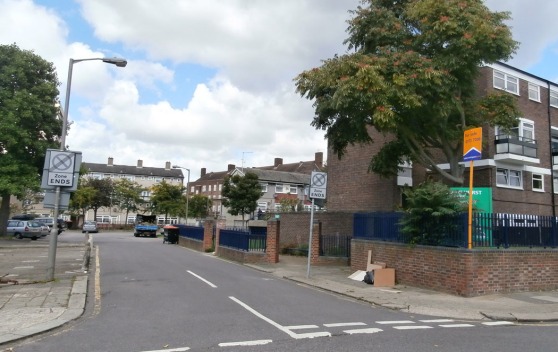 Three of the Summerstown182 lie in a foreign field that is is closer to home than most. Its about two hours on the ferry or a 25 mile swim across La Manche (if you are David Walliams) to Boulogne-sur-Mer. Though in fact there is no ferry service at present and the town has unfortunately seen some decline since the Channel Tunnel opened for business. Just a few miles outside it and folded into the hills on its northern edge is Terlincthun British Cemetery. Here lie; Claud Edgar Wallace from 19 Foss Road, William Parker from 18 Huntspill Street and Thomas Milton, the Balloon Man from 25, Summerstown. How they all came to be in this unusual place is hard to explain, indeed two of them died after hostilities had ceased. A post about Thomas Milton who succumbed to influenza is in the January archive of this website. The site of his home, overlooking Wimbledon Stadium car-park is now the location of By the Horns micro-brewery. William Parker was only nineteen and his date of death was tragically four months after the Armistice, on 10th March 1919. Serving in the 17th Battalion of the London Regiment, his death can only have been as a result of accident or illness. Certainly Boulogne and this particular area called Wimereux was the location of many hospitals and other medical establishments. William would only have been 14 when war broke out so hopefully he only saw service in its later stages. He may well have been with his regiment in Egypt before arriving in France in June 1918. He lived just three doors away from William Nicholls at No15 Huntspill Street, the man who was discharged as being ‘unlikely to make a good soldier’ but went on to join another regiment and served for four years. He was lost in the furious German Spring Offensive and William Parker would have been thrust into the response to this, the Battle of Amiens, which turned the tide of the war but at immense cost. There is no record of William on the 1918 Absent Voters List – he was still too young to have a vote. Claud Edgar Wallace is on the list at 19 Foss Road though like a great many others he never got to cast his vote in the ground-breaking election that December. He was killed on 21st July 1918. The 34 year old served in the 4th Company of the Army Ordnance Corps and like so many others who had been injured, was probably taken to Boulogne that summer but never made it any further. My Great Uncle passed through it three times on his way back to hospital in England but Claude Edgar Wallace was not so fortunate. On the day we visited the cemetery a beautiful vibrant red rose was sprouting directly in front of his grave, lighting up a dull day. The son of Thomas and Emma Wallace, Edgar was like his father, a tailor by profession. One of the many responsibilities of the Army Ordnance Corps was clothing and uniform, so very possibly his army service allowed him to utilise his working skills. Raised in Fulham, he married in 1907 and was living with his wife Sarah and two small children, Frank and Ivy in three rooms at 47 Fernthorpe Road, Streatham in 1911. At some stage the family moved to Foss Road in Summerstown and clearly shared No19 with another household, as according to the Absent Voters List, a serving Royal Marine, Charles Robert Errett was resident there in 1918. On the east side of the street, this was one of the houses destroyed in the 1944 V2 rocket attack and the road which once ran all the way from Smallwood to Wimbledon Road has now been chopped in half by the Hazelhurst Estate. The house would have been roughly where the truck is in the above photo. What a contribution to the First World War it made though, because out of those ninety six dwellings came ninety two soldiers – though probably double-up that number to include those like William Parker who weren’t yet twenty one or the Dell brothers who were already killed. The cemetery at Wimereux is overlooked from the top of a nearby hill by an imposing memorial which would appear to be a French version of Nelson’s Column. The fifty three metre high Column of the Grande Armée topped off with a statue of Napoleon in military dress, marks the location of the base camp known as Camp du Boulogne, where Napoleon amassed France’s biggest ever army of eighty thousand men. From here they poised to invade England between 1803 and 1805. Construction began in 1804 and completion took a hundred years. Amazingly it survived both wars and particularly intensive fighting around the area in 1940 and 1944.  Now the only invading army are the refugees and asylum seekers. Just a few miles up the coast at Sangatte and Calais, young men, many from countries ripped apart by war and persecution risk their lives every night jumping aboard trucks and beneath trains trying to make it into the UK. Scared and desperate, chancing their arm in search of a better life, who could say they are not unlike the many thousands who came the other way a century ago. 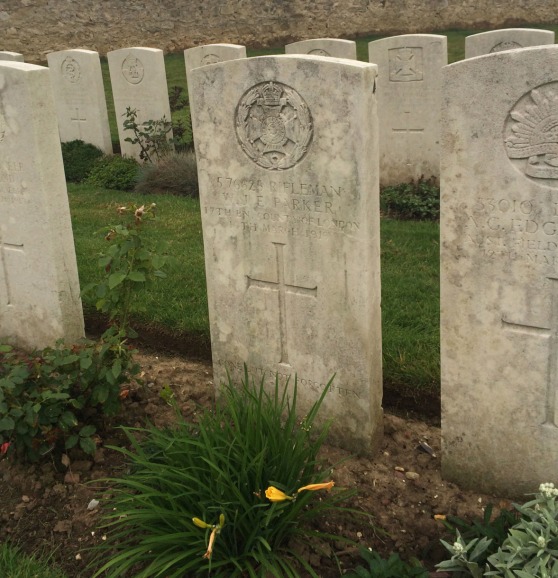 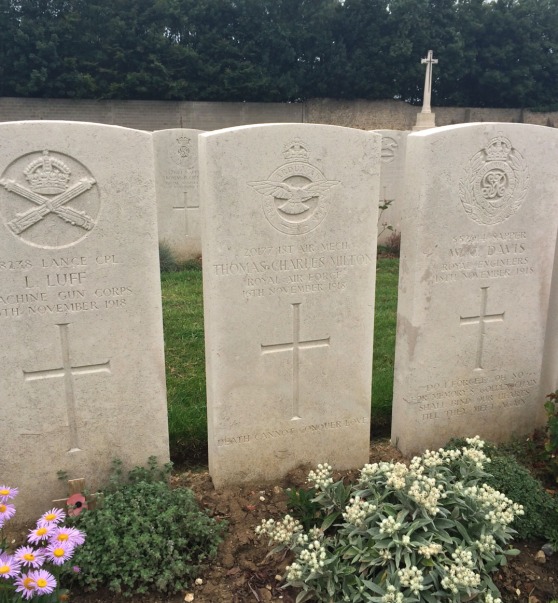