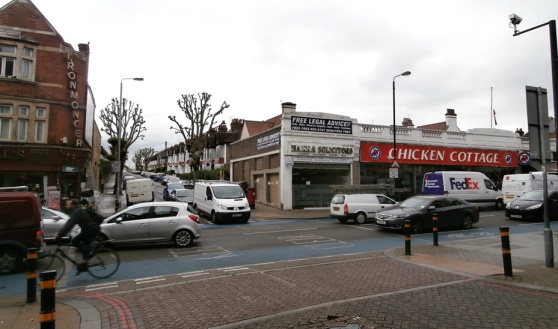 Writing this on 25th May, I had something on my mind all day. When I first started researching the Sunday School teachers and their military histories, this date was highly significant. They were, like 19 other members of the Summerstown182, all in the 23rd (County of London) Battalion of The London Regiment, a territorial unit with their HQ at 27 St Johns Hill, Clapham Junction. Their first big battle was known as Festubert, a very bad day for southwest London. The regimental war diary describes how on 25th May at Givenchy ‘Orders given to attack German trench. Casualties 499, including three officers killed and ten wounded’. This attack occured at 630pm and the fighting lasted all night as the Germans fought fiercely to recapture the lost trench. Particular mention is made of ‘the stretcher bearers who all through the night worked, often under heavy fire to evacuate the wounded’. On the 26th May the Battalion were relieved from the captured trench and on 27th it is noted that ‘Names of 123 men received from Division as being buried’. William Mace from Huntspill Street and George Boast from Aboyne Road were among them. In the local South Western Star newspaper of 18th June 1915, there appeared a full list of 178 names of men from 23rd London Regiment killed in the fighting of 25th-26th May. The names fill a whole column and reading them must have been a great jolt to local people. At a subsequent memorial service in Battersea, the vicar compared the losses of the 23rd Regiment to the loss of The Titanic a few years before. Its doubtful if news if this carnage would have filtered home so quickly, but for whatever reason on 28th May 1915, just a few days after the catastrophe, a 29 year old from Tooting called George William Kidd joined the 23rd at Clapham Junction. The information about George Kidd has come from Marion Kidd who contacted us some months ago. Her grandparents were married in St Mary’s church and she wondered if any of her father’s six cousins killed in the First World War were on the memorial. Two of them were, George Kidd and his half brother, John James. Marion suspects George’s parents met through a mutual older relative with the wonderful name of Annabella Lovely. Born in Wimbledon, the son of George John Kidd, a copper roller, his mother Alice died soon after his birth. George senior married again and had twelve more children including John James Kidd, another of the Summerstown182, killed on the Somme less than two months before his half brother. George lived with his Grandmother until his marriage in 1906. He was now a bricklayer and its just possible he was involved in building the new St Mary’s Church. Exotic names seem to follow him, because on 19th June 1906 and now living at Noyna Road, at Holy Trinity Church, he wed the fantastically named Zingara Lilian Florence Setterfield from Huron Road, just the other side of Balham High Road. To even up the first name score, George had cheekily given himself the additional first name Ray on his marriage certificate. His father followed suit and also gave himself an extra moniker. George and Zingara lived at 59 Rostella Road, the pale blue house pictured above and their son Sydney Thomas Kidd was born on 16th November 1911. When George joined up they had moved to 83 Mandrake Road, Tooting Bec. What does it say about modern society that so many Summerstown182 homes are now in close proximity to fried chicken shops? Its up the hill on the left hand side, directly behind Fircroft Primary School. After George’s death Zingara remarried a Mr Chapman and was living at 112 Mitcham Road, which was where the Commonwealth War Graves Commission wrote to her. George was killed on 16th September 1916 at the Battle of Flers-Courcelette, yet another fancy name, but forever famous for the battlefield debut of a new invention called the tank. The 23rd Battalion were part of what was known as the 47th Division who took part in a major offensive attempting to puncture the German line and end the stalemate on the Somme through the introduction of tanks. But they weren’t really ready or fit-for-service, there were 49 of them, but only 15 worked. Cumbersome and unreliable, these rolled slowly forward at a speed of half a mile an hour on the morning of 15th September when the assault began. Churchill complained ‘My poor land battleships have been let off prematurely on a petty scale’. Two kilometres were gained in the first three days of the attack including the much-prized village of High Wood but at a huge cost of life. As well as George Kidd, Raymond Asquith, the son of the British Prime Minister, Herbert Asquith was killed in this battle which was called off after a week. Haig though was well pleased with the tank and ordered a thousand more which were used at Cambrai in November. As for George Kidd, the man who has moved around the poppy map more regularly than any of the Summerstown182, typically he ended up in a cemetery with a lovely name, Caterpillar Valley, near the village of Longueval.

UPDATE: In November 2017 Steve Head got in touch to tell me about his great uncle, Rifleman Frederick George Jones who also once lived in Rostella Road at No3. He died on 17th September 1916, the day after George Kidd. Please click here to read Fred’s story.

One thought on “The Twenty Third”