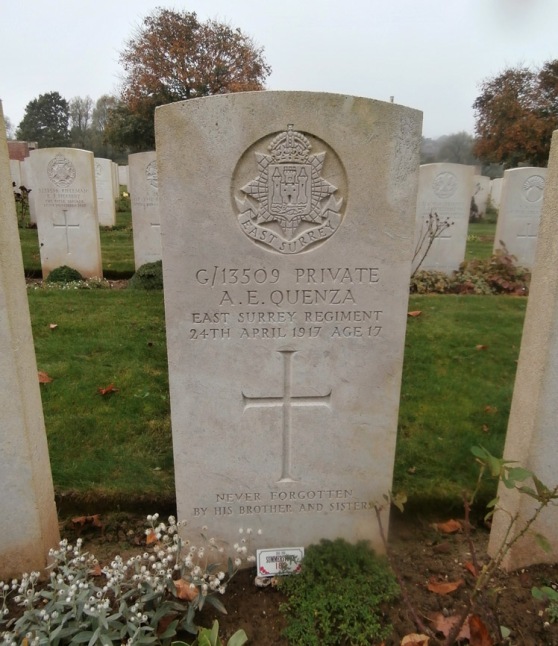 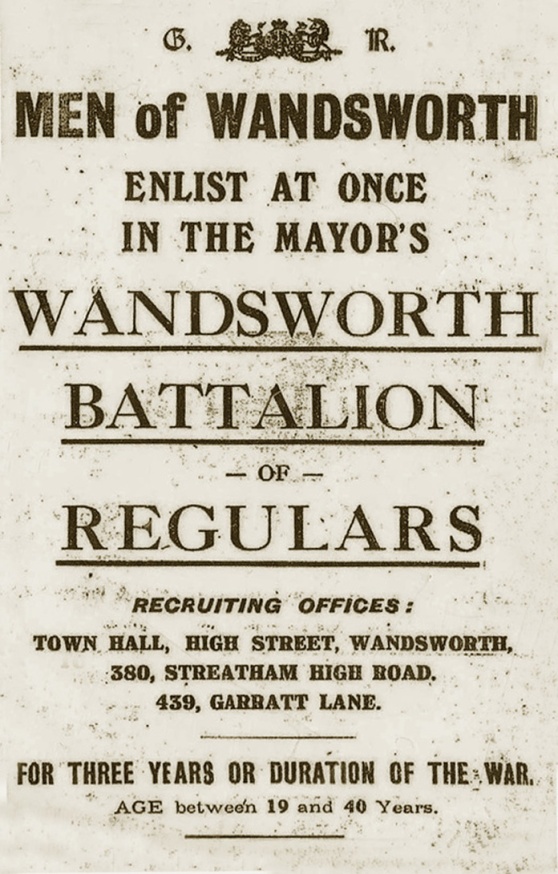 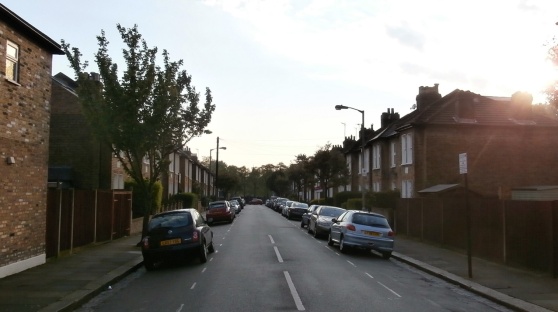 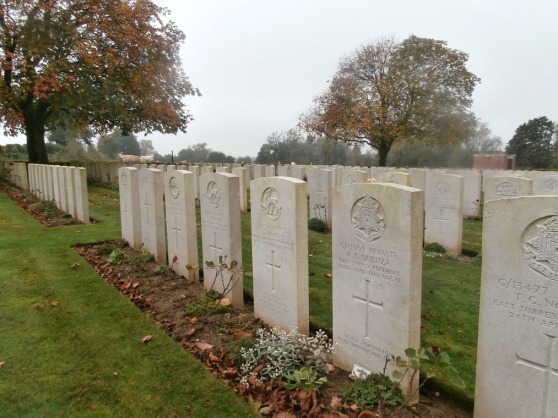 It took a while to pinpoint Private Alfred Ernest Quenzer of the East Surrey Regiment. His name was unusual and his Commonwealth War Graves Commission record has him as ‘Quenza’. That seemed odd because his military service records correctly identify him as Quenzer. Its just possible that somewhere along the line, as happened in many other cases, there was some attempt to make his ancestry less obvious. His father William, who worked as a pork butcher was born in Baden in south west Germany, but had been a naturalised British citizen since 1882. Like many of his compatriots, when he came to London, he settled first in Poplar. It was here that he met and married a local girl called Matilda. Alfred was one of eight children, born according to both census records in 1899. In 1901 the family were living in Battersea, but by 1911 had moved to 2 Bertal Road. Alfred had two much older brothers, William also worked as a butcher and George in a pawnbrokers. Alfred’s attestation papers indicate that he signed up for the 13th ‘Wandsworth Battalion’ of the East Surrey Regiment on 4th August 1915, precisely a year after the outbreak of war. He stated that his age was 19, though in fact it would appear he was three years younger. This was the time of the great Kitchener drive to encourage young men to join up with their friends and its easy to see how Alfred could have followed his mates into what was very much a locally-based ‘Pals’ battalion. I was surprised when totalling up who had joined what regiment, that there were only 21 of the Summerstown 182 in the East Surrey Regiment and of those, only three so far in the 13th ‘Wandsworth Battalion’. The others being William Warman and Alfred Baseley, both from Alston Road and literally the neighbouring street to where Alfred Quenzer lived. Given the intensely concentrated geographical spread of the casualties, I had thought there would have been many more. Alfred Quenzer the under-age Bertal Road boy with Germanic blood in his veins was killed on 24th April 1917 in an action at Villers-Plouich near Cambrai which has great significance to the London Borough of Wandsworth and this area. 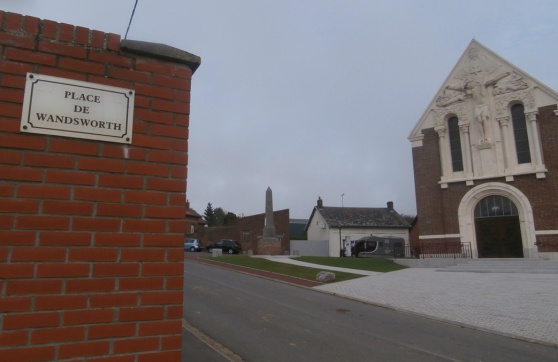 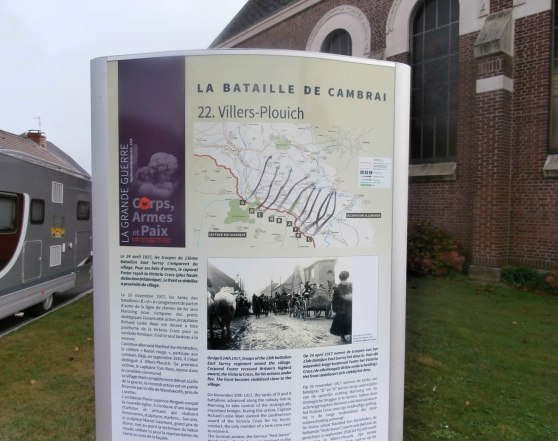 Essentially the liberation by Albert Quenzer and his comrades of this small village and its neighbour, Flers from German occupation, resulted in a connection which lasts to this day. Villers-Plouich was actually re-taken by the Germans in the Spring Offensive of the following year before being liberated again in September 1918, The East Surrey Regiment once more being the first troops to enter. A bond was recognised quite soon after the war when the shattered village of Villers-Plouich was ‘adopted’ and given financial support by Wandsworth. It was revived again some fifteen years ago with permanent links being established between the two localities. Famously remembered for his great bravery that day was Corporal Edward Foster from Fountain Road, awarded the Victoria Cross for entering a German trench and single-handedly eliminating a German machine gun crew which was halting the advance that morning. The courage of ‘Tiny Ted’, the six foot two Tooting Dustman has passed into local legend. Living literally just round the corner from the Quenzer household, it is astonishing how the fates of two men on the same day could be so different. Huge crowds and bunting awaited the returning war hero when he came home to Fountain Road and Corporal Foster was appointed ‘Chief Inspector of Dust’. He passed away in 1946 and is buried in Streatham Cemetery. In 1995 a path along the River Wandle from the Henry Prince estate into King George’s Park was named Foster’s Way in his honour and a new headstone was unveiled on his grave. His medals are part of the Lord Ashcroft collection on display at the Imperial War Museum. Alfred Quenzer, the seventeen year old son of the German butcher remains largely unheralded, unluckily one of 13 men from 13th Battalion who lost their lives in the liberation of Villers-Plouich on 24th April and are buried in Fifteen Ravine Cemetery. 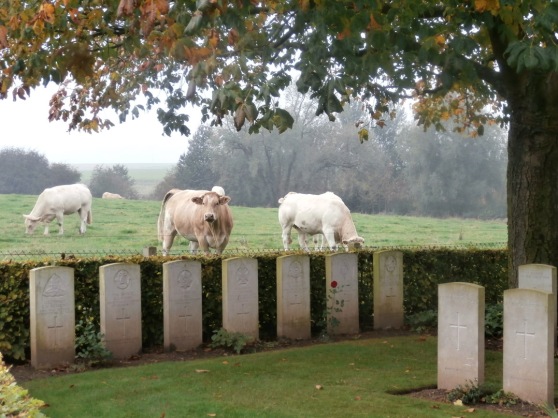