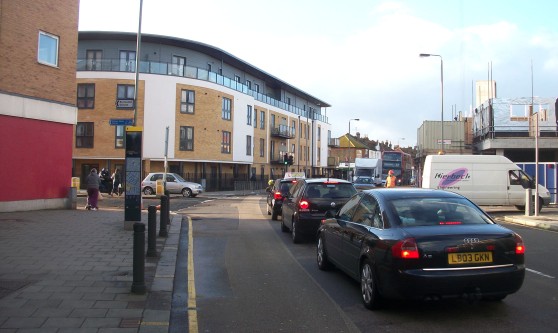 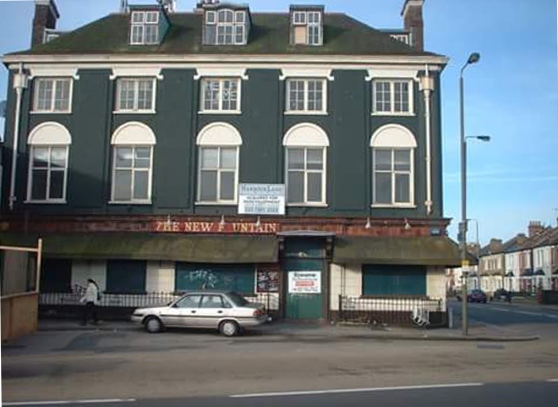 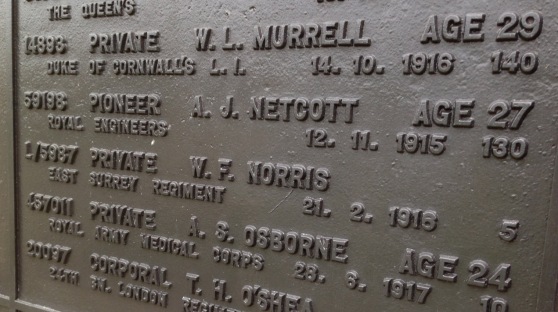 Not all the Summerstown 182 died in a trench or on a foreign battlefield. One perished less than half a mile away from his home. The story of William Norris is so sad that I was almost afraid to tell it. But its been told before and although it is so tragic, it highlights another overlooked aspect of the war and the unforeseen consequences of this unprecedented period of great upheaval and uncertainty.

The details of his story are in the South Western Star newspaper, March 3rd 1916, under the headline ‘Forsaken soldier’s despairing act’. It tells how William Frederick Norris, aged 39 0f the East Surrey Regiment, home on sick leave, threw himself under a tram in Garratt Lane. He was killed instantly. At the Coroner’s Inquest, his Mother told how his wife of five years had left him some months earlier. She also reported that he had made a will shortly before his death. William had been wounded at the front and was due to return to his base in Dover. He left his home at 47 Summerstown on the evening of Monday 21st February and set off down Wimbledon Road, refusing his Mother’s offer to pay for a tram ride. A little bit further down Garratt Lane he went into the Fountain public house. This no longer exists, it was just a bit past Deepak on the other side of the road (the red hoarding to the left of the above photo marks the spot). Here he was engaged in conversation by a veteran soldier who recognised his Boer War ribbon and asked him if the guns in France were different from those used in South Africa. The reply was that they were all alike. The man noticed that he wasn’t drinking. At 930pm, another witness saw William coming out of the pub. He took off his hat and loosened his belt before running in front of a tram which was heading towards Wandsworth. The jury found that there was no negligence on the part of the driver and concluded that William’s act was intentional. 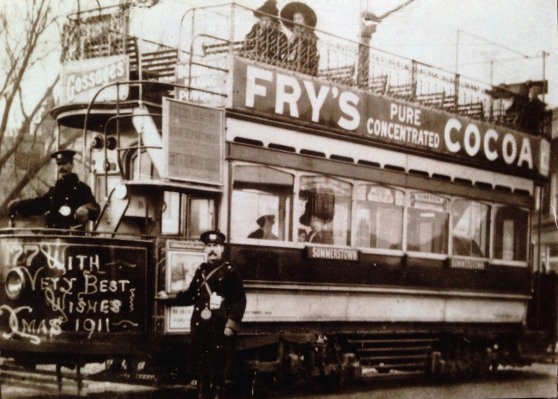 Who could walk this stretch of Garratt Lane again and not think of the fate of poor William Norris? A lot of housing is springing up in this area, the Deepak site is undergoing development and they have temporarily relocated next to the Leisure Centre. The Fountain, which was for a while the infamous Tooting Gin Palace, was demolished about five years ago and is now a block of red-brick flats. What the newspaper account didn’t mention was that almost exactly a year previously, on the 14th February 1915, William’s younger brother Charles, also serving in the East Surrey Regiment, was killed in France. The combination of that, the flight of his wife and the thought of returning to a bloodbath in France with the Somme looming on the horizon was simply too much for William Norris to take. 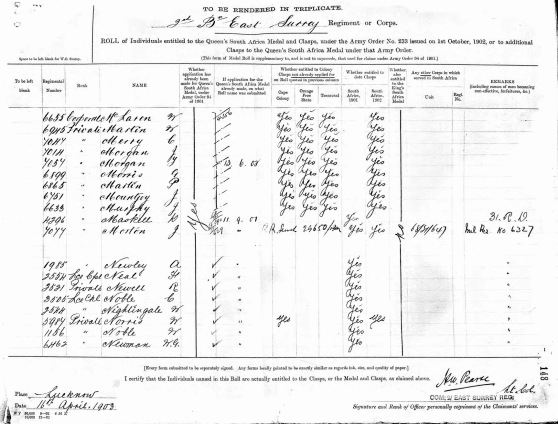 Further insight on William Frederick Norris and his background has been provided through research done by Chris Burge in October 2015. Fascinatingly, it appears his army connections ran deep. His father, William Henry Norris had served in the Army Service Corps between 1874 and 1886. He was in Africa during the Zulu war of 1879, in Egypt and the Sudan 1884-1885 and as part of the Nile Expedition. Think Rorke’s Drift, Isandlwana and General Gordon – he might even have come across George Nathaniel Daniell. William had taken some time out from soldiering to marry Alice Elizabeth Moore on Christmas Day 1876 at Cheriton, Kent. William Frederick Norris and his sister Alice were born in nearby Shorncliffe. Their other children were Charles, Lucy, Arthur and Alice. He died aged 44 in 1896 when William was sixteen.

Alice moved around after her husband’s death, and in about 1899 both Charles and Lucy started attending Fircroft Road school, when Alice was living in St. Cyprian’s Street Tooting, very close to the market. They also lived in Letchworth Street. In the 1901 census two of Alice’s children, Arthur and Alice, are described as ‘cripple’. Life must have been extremely hard. At some stage she moved to 47 Summerstown and was there until her death on Christmas Day, 1932. She is buried in Streatham Cemetery. Two of her younger children, Alfred Edward Norris and Lucy Jane Norris had both married by 1914 and their families lived in Merton for many years. Lucy became a Mrs Bavin and was still in Merton when she died in 1972. She had four sons, so there is a fair chance that descendants of the Norris family may be around.

Soon after the death of his father, William Frederick Norris became a part-time soldier in the East Surrey Militia from October 1897 to August 1899. He gave his address as 9 Skelbrook Street in Earlsfield. The record above shows proof of his medal award for service in the Second Boer War as part of the 2nd Battalion of the East Surrey Regiment. This was the ‘ribbon’ that the witness in The Fountain noticed him wearing on the evening that he died. His younger brother Charles had joined the army in 1908 and saw service in India and Burma.

With war on the horizon, the 3rd Battalion of the East Surrey Regiment, acting as a reserve for the 1st & 2nd would have been at Dover, training raw recruits, and assembling army reservists like William Norris. His medal index card shows he was sent to France on 11th Sep 1914 as part of a large draft of men. Here he joined the 1st battalion, arriving at the front on 24th September 1914.