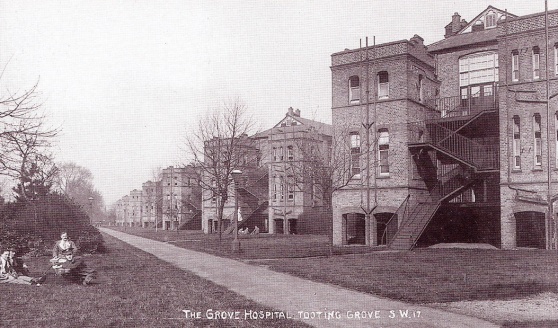 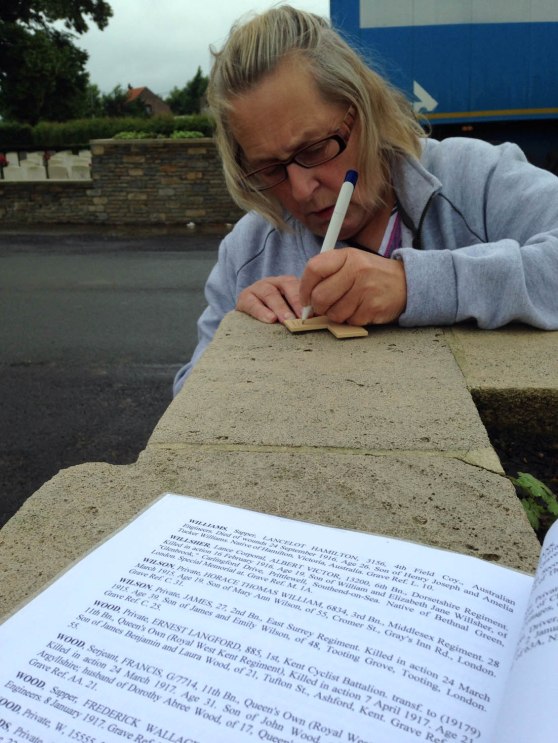 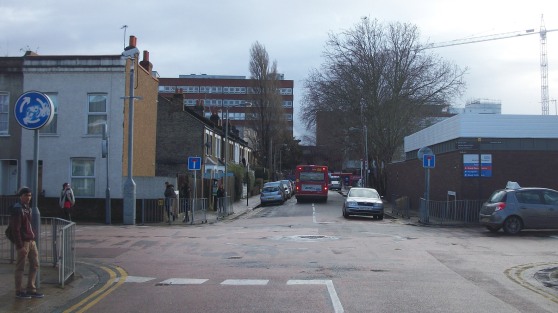 Whilst many of the homes of the Summerstown 182 still exist, others have completely disappeared, literally swallowed up by new development and modern progress. If you head down Pevensey Road towards Tooting today, you walk straight into the monolithic St George’s Hospital. In 1914 this road ran straight into another road called Tooting Grove and dissected a vast site which was home to two hospitals, The Fountain and The Grove. James and Emily Wilson lived at 48 Tooting Grove. Their son James, a soldier of the East Surrey Regiment was killed on 24th March 1915.

If you were heading up Tooting Grove towards Summerstown, The Fountain Hospital would have been on the right and The Grove on the left. As part of the establishment of the National Health Service after the Second World War, St George’s Hospital Medical School moved from Hyde Park Corner and took over the two old run-down hospitals. In 1973 building began on a huge new hospital complex which swallowed up the top part of Tooting Grove. The bottom bit still exists but the houses were rebuilt in the thirties. You can still follow the course of the road by entering the Medical School via Cranmer Terrace, and by my reckoning, James Wilson’s old home is somewhere in the Lanesborough maternity wing. The Grove Fever Hospital opened in 1899 specialising in the treatment of infectious diseases. During the First World War it was requisitioned by the War Office and in 1916 became the Grove Military Hospital with 550 beds. Before closing in September 1919 it had treated 2,499 officers and 13,459 enlisted men. A number of the Summerstown 182 buried in the adjacent cemeteries very likely passed through. On the other side of Tooting Grove was The Fountain, also originally a fever hospital. At the turn of the century, a vicar’s daughter from Norwich called Edith Cavell trained as a nurse there. She later worked in Belgium and was notoriously executed on October 12th 1915. Her statue stands just to the north of Trafalgar Square opposite the National Portrait Gallery. In 1912 the Fountain became a centre for the treatment of mentally ill children. In 1959 it relocated to St Mary’s in Carshalton and the building was demolished in 1963. A support group called the Friends of the Fountain Hospital developed into the National Society for Mentally Handicapped Children and today is known as Mencap. 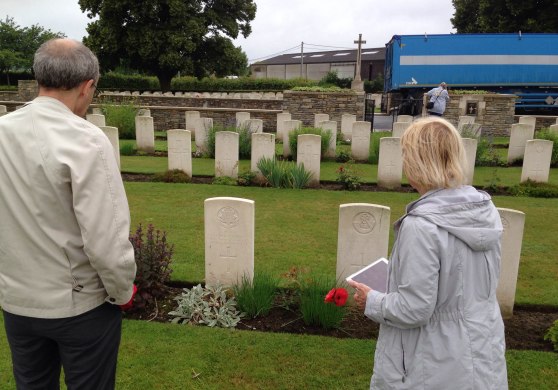 UPDATE We visited James Wilson at Dickesbusch in the summer of 2016. We still know very little about him but the message from Emily on his headstone is very touching ‘In Thoughts Always, Mother’.  He joined the 2nd Battalion of the East Surrey Regiment in Kingston with the very distinctive service number of 27 and arrived in France on 9th February 1915. He died just over a month later on 24th March in the trenches about five miles south of Ypres. The war diary shows that he survived the ferocious fighting at Spanbroek Molen on 12th in which 40 of his battalion were killed. On 22nd at Locre a hand grenade exploded in practice killing one man and injuring 12. The following day the battalion moved to Dickebusch. The diary of the 24th recounts ‘arrived at Dickebusch 745pm. 300 men proceeded as working party, 1 man killed, 1 wounded’. The first member of the local 13th Wandsworth Battalion to be killed in the First World War came from Tooting Grove. James Norris, aged 34 lived at 6 Alfred Cottages, Tooting Grove. He was struck by a shell on 18th June 1916 and his name is on the Loos Memorial. Another person with a very big connection to the road is no lesser man than Corporal Ted Foster VC, born at No14 in 1886.