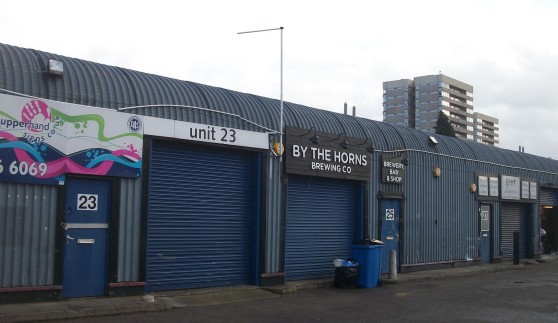 Thomas Charles Milton lived at 25 Summerstown, the site of which is presently ‘By the Horns’ Brewery. He might have needed a drink given his role in the Royal Air Force ‘2nd Kite Balloon Section’ in the First World War, though his record indicates he was ‘Air Mechanic 1st Class’ and not one of the so-called ‘Balloonatics’ who went up in these dangerous observation devices, which were known as ‘sausages’. He may have been one of the team of 48 highly-trained men who maintained and controlled each balloon. Tethered to the ground by a cable from which it was manoeuvred, the balloons were powered by highly flammable hydrogen gas. They were easy targets for enemy planes and very prone to spiral out of control and come crashing to the ground in a murderous explosion. Thomas Milton died on 16th November 1918, five days after the War ended. Appparently many kite balloons were flown immediately after the Armistice to monitor that the Germans were observing its terms, so at first I thought he might have been involved in some sort of accident related to that. His National Archives record indicates he ‘died from disease’ and the cemetery where he is buried near Boulogne suggests that many soldiers around this time perished from Spanish flu. This was confirmed  in an issue of the St Mary’s parish magazine which notes that  ‘Thomas Milton died in hospital at Boulogne from influenza’. This extraordinary virus to which young fit people were particularly susceptible killed between 50 and 100 million people worldwide over the course 1918-19. When you’re next having a pint at his old home, please raise a glass to this brave airman, so unfortunate to have dodged the bullets but not the bugs.

In October 2014 we met Alison Milton from Sevenoaks who was able to tell us a great deal more about her Great Uncle and the Milton family. She even came on one of our Summerstown182 Walks. He was the fourth of five children born to her Great Grandparents, George Milton and his wife Elizabeth. Alison’s grandfather, their first son George was born in Battersea in 1878 and two sisters followed, Elizabeth born in 1880 and Emilene in 1883. Thomas was born on 14th October 1885 in Wandsworth and christened in St Mary’s Church on 18th December. His parents were then living at 2 Rose Cottages, Burtop Row which is very likely where he was born. George was employed as a ‘zinc worker’ which is the equivalent of a modern-day plumber. By 1888 they had established their lengthy connection with No25 Summerstown as that is where they were when Tom’s brother Frederick was baptised. Fred would eventually marry Victoria Mace, sister of William, one of the Sunday School Three.

By 1901 both girls were in service but Tom, now 21 was still at 25 Summerstown and working as a ‘zinc assistant’, very likely his father’s apprentice. In June 1903 his mother Elizabeth died of pneumonia. In 1908 Emilene married  Albert Horace Eyre in Battersea. On 11th April 1908 Tom was a witness at Alison’s grandparents’ wedding in the new St Mary’s Church. Alison found out later through Albert Eyre’s diary that Elizabeth Milton who had been in domestic service in Streatham and Brixton and was never married, had a child in 1913. Very sadly Harold, died just six weeks old. Elizabeth herself died at the Elizabeth Garrett Anderson Hospital in St Pancras in 1938 ‏after a hysterectomy operation.

In the 1911 census George Milton, now 63, widowed and with his family having left the nest was living  across the road at 86 Summerstown. This was clearly some kind of lodging as he lived there with another family. At some stage that year Thomas Milton had relocated to the coast and was in Westcliffe-on-Sea in Essex, working as an automobile mechanic at 32 Manor Road for Horatio Greenfield, a stockbroker. According to his Uncle, Albert Horace Eyre’s diary in 1913, his sister, Elizabeth planned to move there after her baby was born.

Tom ‏joined the army on 4th February 1916 as a motor transport driver. He signed up for the duration of the war and was paid four shillings a day. On 1st August he was promoted to Automobile Mechanic 1st Class. At some later stage he transfered to the ‘2nd Kite Balloon Section’ of the Royal Air Force where he gained the rank of Air Mechanic 1st Class. After his death aged 33, on 16th November 1918, he was buried in the Terlinchthun British Cemetery, at Wimille near Boulogne. The personal inscription which was organised by his brother Frederick reads ‘Death Cannot Conquer Love’. Certainly his memory has been treasured by his family and it is good that the act of kindness that he was prepared to show his sister is known. The above photograph shows his original wooden grave marker. His father George died in 1929 and Thomas Charles Milton is also remembered on his parents headstone in Streatham Cemetery.

A nice footnote to this story happened in 2016. One hundred years after Thomas Charles Milton joined the army, By the Horns brewery, who make their beers at 25 Summerstown, where the Miltons lived for so many years, launched ‘Hop Air Balloon’ in his honour. It was a great honour of us to visit the brewery last summer and raise a few glasses in his memory.

Hop, Hop and Away